In the Qing Dynasty, the most difficult thing for an articulate legal expert is not to win a lawsuit but to bargain for a twist of fate. Plagued by a mysterious family curse, Chan Mung-Kat, who comes from a legal family, is forced by his mother to fool around and devotes all his time to running a brothel despite his great talent. As a result of a careless mistake, he is embroiled in a legal dispute, through which he gets to know the eloquent Lap Lan Ching-Ching and the government opponent Fong Tong-Kan. 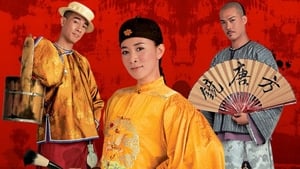