Twelve years ago, several homicides caused a sensation in the city. The victims were all from the bottom of society, and their bodies were found in deserted and remote places.It is speculated that the murderer may be the same person, but because of his extremely cunning, the case is very difficult for the time being. Through unremitting investigations and evidence collection, the criminal police gradually identified the main suspect. On the way to a meeting with his daughter Ling Ran, the criminal policeman Ling Bin hunted down the suspect and died in the line of duty. 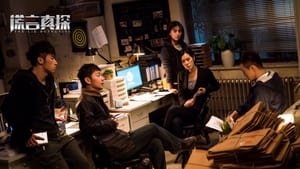