The Heaven Sword and Dragon Saber

Zhang Cuishan of the Wudang Sect was despised by the decent sect of the world because of his love for Yin Susu, the daughter of the cult hall master Baimeiying. Fortunately, Zhang Sanfeng, the head of the Wudang Sect, understood the righteousness and accepted them and his son Zhang Wuji (played by Ma Jingtao). However, the so-called upright sect does not stop. On this day, the Wudang sect gathered together and asked Zhang Cuishan to tell the whereabouts of the golden lion king Xie Xun, who had betrayed his brothers and cult. Zhang Cuishan was chivalrous and refused to betray his brothers. In front of the six major factions. In this way, Zhang Wuji became an orphan. 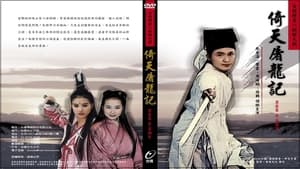