Award-winning novice director Chan Chi Yeung insists on his own way, causing showbiz people to distance themselves from him and the artistic director of the film crew. Fast-forward ten years and Chi Yeung, producer Herman, screenwriter Lee Sa Sa, martial arts choreographer Master Man, production designer Shell, actress Lau Ka Ling and assistant director Choi Tsz Lok meet up again as they want to launch a project with the objective of making their best movie. Their dream is shattered when the investor accidentally dies. They even have to settle a big restaurant bill. To let themselves off the hook, the septet showcase a seemingly believable scam. Chi Yeung then brings the chums together to establish “Fraudstars”. Until one day, a real crime syndicate show up to force them to have the only option of engaging in a scam. 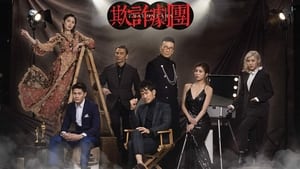