Love Stories in the Countryside

Love Stories in the Countryside

IMDb: 8.6 2006
A comedy about some friends and their stories in Qixia Town.
ChineseChinese DramaComedyDramadramacoollEnglishFamily

IMDb: 6.5 2006
The Rise of the Great Powers is a 12-part Chinese documentary television series produced by CCTV. It was first broadcast on CCTV-2 from 13 to 24 ...
ChineseChinese DramaDocumentarydramacoollEnglish

IMDb: 8.8 2006 1 views
Jumong  examines the life of Jumong Taewang, founder of the kingdom of Goguryeo. Few details have been found in the historical record about ...
DramadramacoollEnglishKorean DramaWar & Politics

IMDb: 9 2006
The 74th NHK Asadora Drama is Junjo Kirari, which means something along the lines of “pure-hearted Kirari.” The story is set in ...
DramadramacoollEnglishJapanese Dramajapnese

IMDb: 7.8 2006
Akebono City is a peaceful community overflowing with humanity. Since there was a Power Spot that released the magical power in the community, ...
Action & AdventuredramacoollEnglishFamilyJapanese DramajapneseKidsSci-Fi & Fantasy

IMDb: 7 2006 4 views
The history of the Phoenix Restaurant is closely intertwined with the stories of four women of different generations. It portrays the commonest ...
ChineseChinese DramaDramadramacoollEnglish

2006
Please Come Back, Soon-ae is a 2006 South Korean television series that aired on SBS from July 12 to August 31, 2006 on Wednesdays and Thursdays ...
ComedyDramadramacoollKDramaKorean Drama

The Initiation of a Prosperous Era

The Initiation of a Prosperous Era

2006
Kazutoyo lived during the end of the Sengoku period (1546-1605). He was the first feudal lord of the fief of Tosa on the island of Shikoku. He ...
DramadramacoollJapanese Dramajapnese

2006
What’s Up Fox? is a 2006 South Korean television series, starring Go Hyun-jung and Chun Jung-myung. It aired on MBC from September 20 to ...
ComedyDramadramacoollKDramaKorean Drama 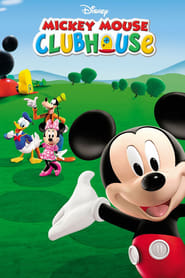